A new serological study conducted at an Israeli hospital found that 98 percent of hospital workers who received the second dose of the coronavirus vaccine have developed a high level of antibodies to fight off the virus.

Sheba Medical Center in Ramat Gan, outside Tel Aviv, released the results of the study on its website on Monday.

The study of 102 samples, taken a week after Israel began administering the second dose — when the vaccine is expected to reach peak effectiveness — showed most vaccinated people had higher antibody counts than those who have recovered from COVID-19.

The hospital said that a week after receiving the final dose, antibodies jumped to a level six to 20 times higher than after the first shot.

Two employees developed only low levels of antibodies, the tests showed, one of whom was known to have a weakened immune system.

Dr. Gili Regev-Yochay, director of the Infectious Disease Epidemiology Unit at Sheba, said that the initial results indicated the vaccinated people were unlikely to be carriers or infectious — a matter that scientists have hitherto not determined — as antibody levels were high enough to suppress any virus particles.

The results “are in agreement with Pfizer’s trials and go even beyond the expected [results]. I expect the tests of the rest of the employees participating to be similar,” She said. “There is definitely cause for optimism.” 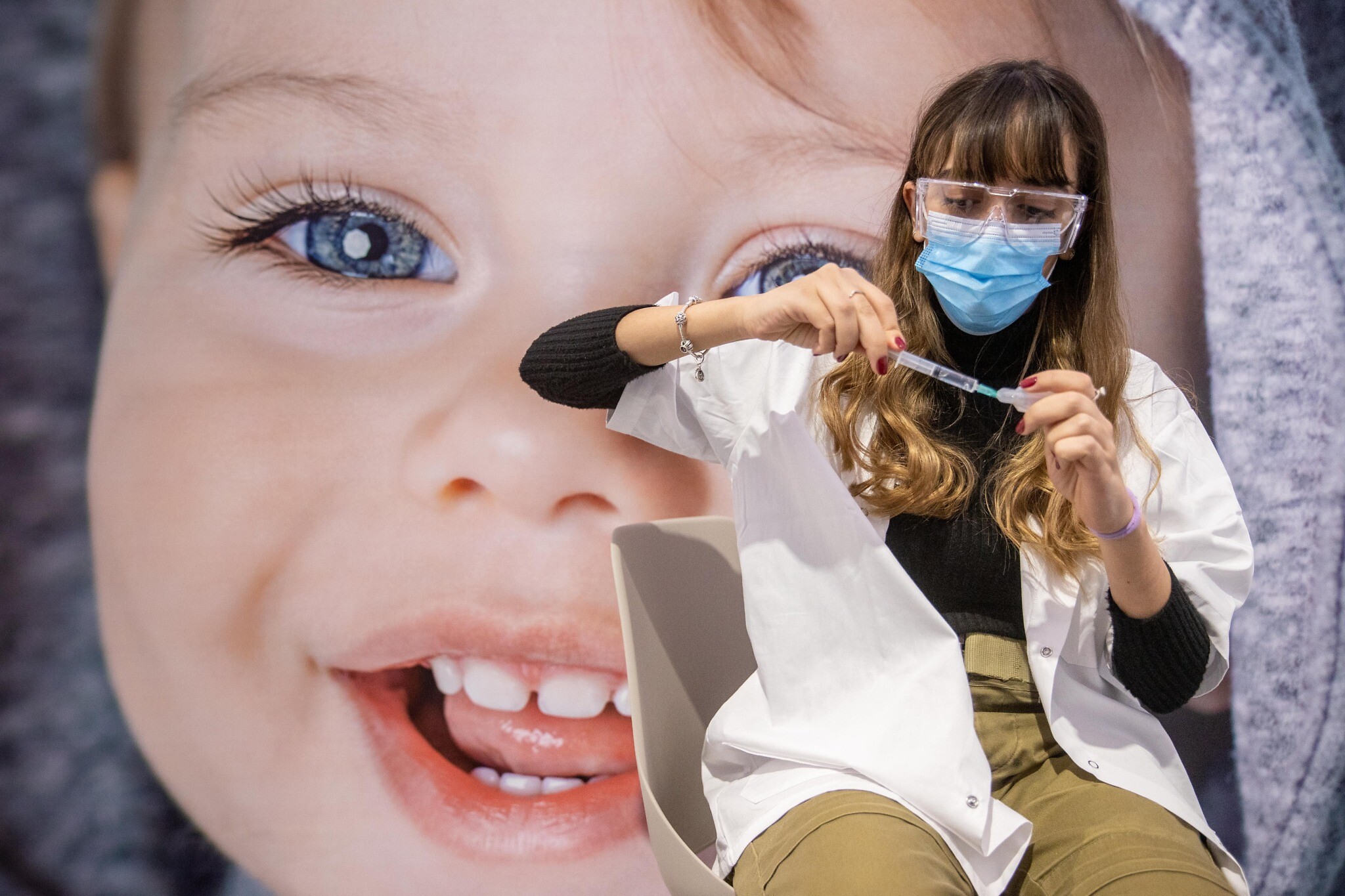 A medical worker prepares a COVID-19 vaccine injection, at a vaccination center in Jerusalem, on January 13, 2021. (Yonatan Sindel/Flash90)

Pfizer’s vaccine, developed with German partner BioNTech, has received emergency approval from the US Food and Drug Administration and the European Union’s regulatory agency and is believed to provide up to 95% protection against COVID-19. But much remains unknown, including its long-term protection.

Israel is leading the world per capita in vaccinations, even as the country remains in lockdown to curb a surge in infections.

As of Monday morning, 2,116,291 citizens have had the first shot of the Pfizer vaccination, while 309,450 have had both doses, according to Health Ministry figures. In an increase over previous days, over 150,000 people received a shot on Sunday.

The government struck a deal with Pfizer promising to share vast troves of medical data on Israel’s vaccination campaign in exchange for more doses of the vaccine.

Proponents say the deal could allow Israel to become the first country to vaccinate most of its population, while providing valuable research that could help the rest of the world.

But critics say the deal raises major ethical concerns, including possible privacy violations and a deepening of the global divide that enables wealthy countries to stockpile vaccines as poorer populations have to wait longer to be inoculated.

The Health Ministry on Monday said the percentage of positive coronavirus tests confirmed the previous day was 9.1%, the highest level in over two months, ahead of an expected extension of the nationwide lockdown, which was scheduled to expire on Thursday.

Early morning test results returned Monday showed the positive rate going up even further to 9.4%. The last time the positive test rate was that high was on October 6, when it reached just over 10%.

Ministers are reportedly weighing a ban on all non-urgent travel from Israel and more strict quarantine rules for returning travelers.

You’re serious. We appreciate that!

We’re really pleased that you’ve read X Times of Israel articles in the past month.

That’s why we come to work every day – to provide discerning readers like you with must-read coverage of Israel and the Jewish world.

So now we have a request. Unlike other news outlets, we haven’t put up a paywall. But as the journalism we do is costly, we invite readers for whom The Times of Israel has become important to help support our work by joining The Times of Israel Community.

For as little as $6 a month you can help support our quality journalism while enjoying The Times of Israel AD-FREE, as well as accessing exclusive content available only to Times of Israel Community members.

Already a member? Sign in to stop seeing this