An indulgent food and wine pairing savored during quarantine may have some mentally stimulating benefits after all.

Wine and cheese could protect against cognitive decline, according to research Iowa State University published in the November 2020 Journal of Alzheimer’s Disease. 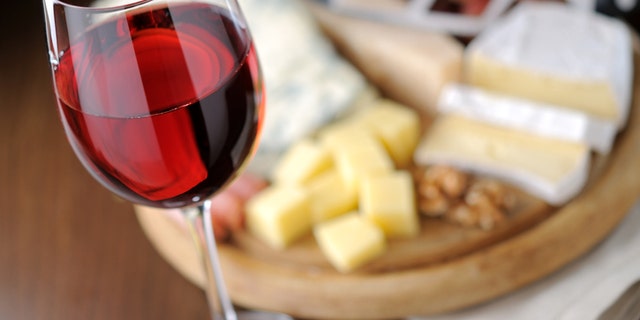 Researchers also took diet into account, measuring the kinds of foods and alcoholic beverages consumed over the course of the study, including red wine, white wine, beer, liquor or other beverages and foods like fruits, veggies, meat and cheese, among other items.

Researchers determined that when it came to measuring a food’s impact on brain functioning, cheese was found to be the most likely to thwart cognitive decline as participants got older. The findings also showed that daily red wine consumption also boosted brain function.

“I was pleasantly surprised that our results suggest that responsibly eating cheese and drinking red wine daily are not just good for helping us cope with our current COVID-19 pandemic, but perhaps also dealing with an increasingly complex world that never seems to slow down,” Dr. Auriel Willette, an assistant professor in Food Science and Human Nutrition and lead author on the study, said in a statement.

“While we took into account whether this was just due to what well-off people eat and drink, randomized clinical trials are needed to determine if making easy changes in our diet could help our brains in significant ways,” she added.

The findings also suggest that the consumption of lamb, but no other red meats, showed signs of improving long-term cognitive ability.

Additionally, the study found that too much salt intake was bad for individuals already at risk for Alzheimer’s disease, who would have to moderate their intake to avoid negative cognitive responses down the line.