Skip to content
CHICAGO (WLS) — The first shipments of Pfizer’s COVID-19 vaccine are already on their way as deliveries are expected at various hospitals and other cold-storage facilities between Monday and Wednesday. This as Illinois reported another 115 people lost to the virus.

Nearly three million vaccine doses began to roll out Sunday, and more than 16,000 of those doses are slated to arrive at Loyola University Medical Center. 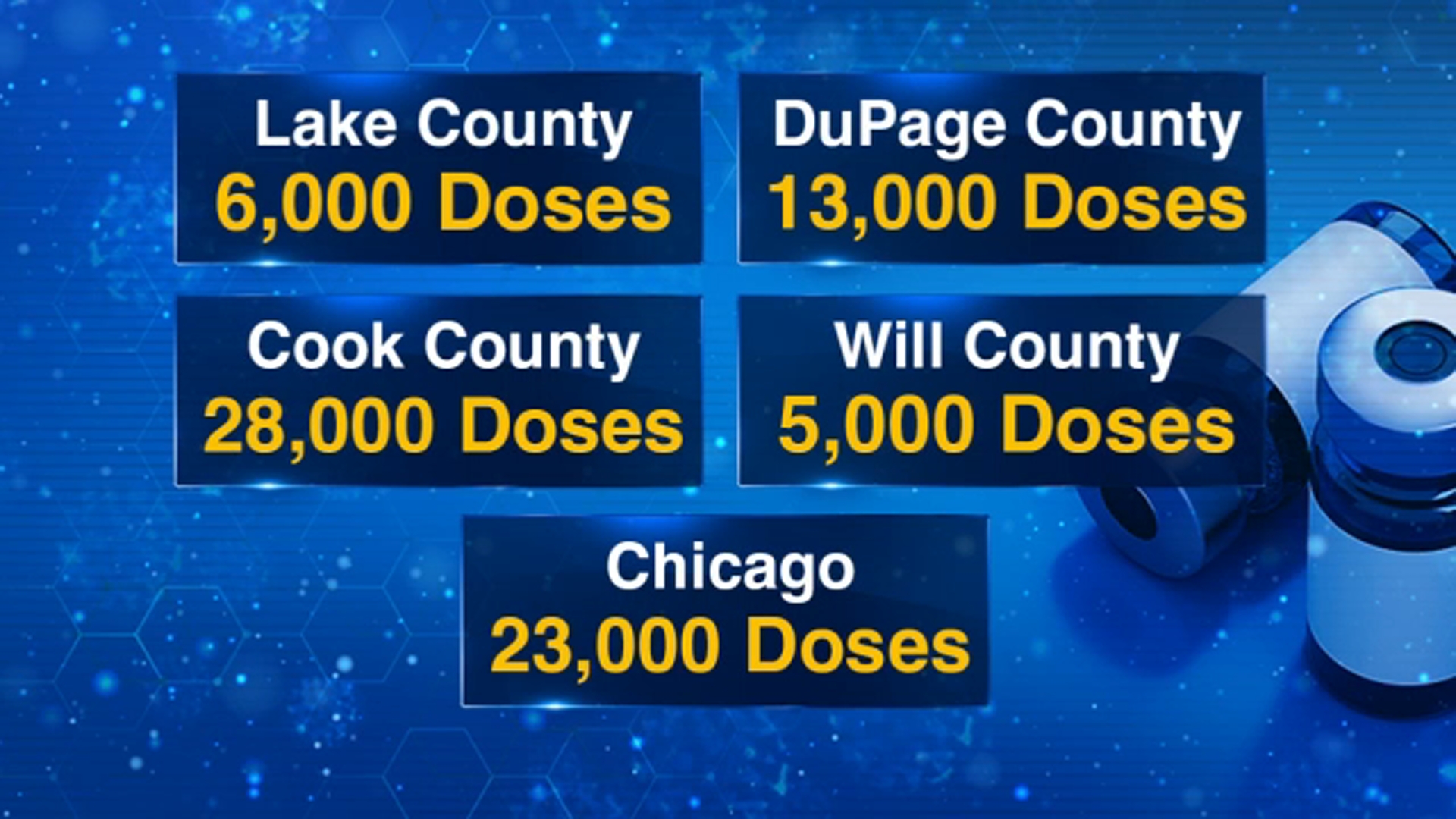 The Herculean effort has been compared to D-Day.

Pfizer began shipping the vaccine from its Kalamazoo, Michigan plant Sunday morning, less than 48 hours after the FDA granted emergency use authorization.

The precious cargo was then loaded onto planes in Grand Rapids for nationwide transport.Tracking and security of the vaccine is at the top of mind.

UPS planes equipped with special ultra-cold freezers will take the vaccines across the country.

In the air, the FAA is giving priority clearance for planes carrying the shipments, while on the road they shipments have escorts.

“Pfizer is putting a tracking device on every package, but FedEx also puts their own. So [there is] 2-3 layers of tracking that is taking place,” said Northwestern U Logistics Systems Expert Hani Mahmassani. “You want to know where everything is and you want to be able to account for it.”

Mahmassani said there will be unique challenges ahead for the distribution, stressing that problems could come post shipment.

“The local handling aspect is where I am much more concerned about,” Mahmassani said. “The more hands that are touching it, the more things that can go wrong.”

Federal officials said the shipments are being staggered, arriving at 145 distribution centers Monday, 425 on Tuesday and the remaining 66 on Wednesday.

When they will begin arriving in Chicago -just 150 miles from the plant- is not yet clear, as security concerns have led health officials to keep most of that information under wraps.

“One thing we did was communicate with those partners so they could begin the distribution process,” said Dr. Stephen Hana with the FDA.

Once out of the shipping container, every second counts. Within 90 seconds the vaccine needs to be moved into those special freezers or put in a standard refrigerator to thaw, where it can stay for up to five days.

When it’s out of the refrigerator, a vial is quickly diluted into five doses that must be injected within two hours or it spoils.

The first doses are expected to be administered Monday.

“It seems to be going according to plan at this point,” he said.

With health care workers and those in nursing homes at the top of the list to receive vaccinations, it may be several months before they’re available to the community at large. Much remains to be worked out about how that will happen.

Some are already pushing for city and state officials to widen their vaccination campaign beyond health care facilities, worried that in a city where 3 out of 10 people don’t have access to a vehicle, many might be left out in the cold.

“We have DFSS facilities. We have warming centers. We have park districts, we have churches, we have the ability to make sure that everybody in the City of Chicago has access to vaccination,” said Ald. Byron Lopez.

Meanwhile, the city’s Department of Public Health remains deliberately vague, saying they are prepared to accept, store and distribute vaccine doses when they arrive, but not saying exactly when that will happen –only that it will be in the next couple of days.

The FDA reiterated that it has sees the potential benefits of the vaccine outweighing potential risks.

An independent panel also advised the CDC and recommended that people 16 and older be vaccinated.

Experts said they still do not know if someone who is vaccinated can still spread COVID-19.